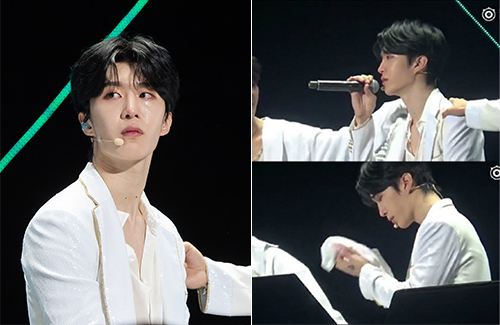 Fan Bingbing’s (范冰冰) younger brother Fan Chengcheng (范丞丞) broke into tears in front of his fans at a recent Nine Percent fan meeting, leading to speculations that Fan Bingbing’s tax evasion scandal may be much worse than reported.

In early June, the Chinese media reported a rumor that Fan Bingbing, China’s highest-paying actress, was being investigated by the State Administration of Taxation after she was allegedly discovered to have been using “yin yang contracts” to avoid paying hefty taxes. Fan Bingbing’s production studio and her representatives have yet to release official comments about the matter. 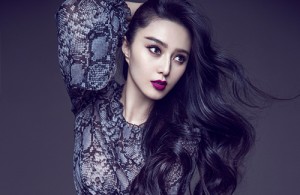 At a Nine Percent fan meeting yesterday, Fan Chengcheng cried, two times, during conversation segments with fans on stage. At the fan meeting, which was held in Nanjing, China, the 18-year-old mentioned that the Nanjing stage would be his last event for Nine Percent, as he will not be attending the fan meeting in Bangkok, Thailand. Though he did not clarify why, it is speculated that Fan Chengcheng cannot leave the country due to his sister’s situation. There is also a rumor that Fan Chengcheng has been removed from various endorsements and variety show appearances, also because of his sister’s scandal. 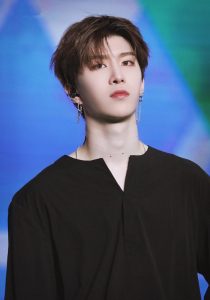 After crying, he continued, “I don’t know when we’ll meet again, but I believe that there will still be a chance. Too many things have happened recently, and maybe I’ll become more confident! To be honest, I really didn’t want to cry today, but it’s been such a long time since I’ve last seen [the fans], and I don’t know who to say these words to.”

At the end of the fan meeting, Fan Chengcheng said, “Hopefully that when we meet next time, I’ll become more mature. I’ll be able to protect you guys, and have the power to protect my family.”