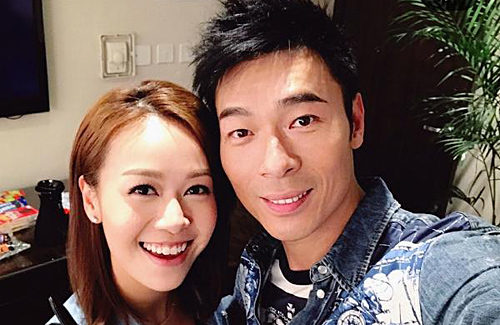 Ever since Andy Hui (許志安) and Jacqueline Wong (黃心穎) were caught red handed cheating in the back of a taxi, netizens have been analyzing the entire situation to try understand how this seemingly unlikely couple got together.

On the night of April 3, Andy and Jacqueline were invited to their mutual friend Ken’s birthday party. Ken is also the third person that appears in the beginning of the taxi cam video, sitting to the right of Jacqueline. It seems that he must have found their actions to be suspicious and insisted on carpooling together. Andy lives in Repulse Bay; Jacqueline lives in Lei Yu Moon, and Ken lives in Tai Hang. These three areas are not close to each other and carpooling does not make sense. Ken was also leaving on a trip the next morning but he still insisted on joining their taxi ride.

Over the course of the ride, Ken tries again to stop the cheating scandal from happening. Ken lives very close to the restaurant but he insisted on taking Jacqueline home first. However both Andy and Jacqueline were adamant in requesting that the taxi drop Ken off first.

Lastly, when they had arrived at his residence, Ken made one last attempt to stop the situation from spiraling to the point of no return. Jacqueline had already opened the taxi door hoping that he would leave, but he shut it again and suggested that the taxi drop Andy off and then Jacqueline. In the end, Andy promised he would do so. Ken took his word for it and got off the taxi. In the end, as we all know Andy had lied to his friend and followed Jacqueline home.