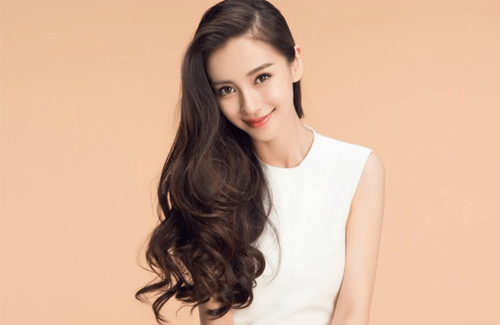 Angelababy headlined a trending BBC article and some people in China aren’t happy about it.

In a recent episode of the Chinese variety game show Keep Running <奔跑吧>, in which Angelababy is a regular cast member, the model-turned-actress got netizen hate when viewers noticed that the 29-year-old was only doused with water once while the rest of her cast members were repeatedly soaked in freezing water.

Netizens barked at Angelababy for getting special treatment and being “unfit” for an energetic variety show like Keep Running.

In a clarification post on Weibo, Angelababy admitted that she was on the first day of her period while filming that segment, and that it was uncomfortable for her to get in the water. Angelababy’s post sparked debate on menstrual cycles and the ethics involving it, which was the topic of BBC’s headline. BBC credited Angelababy for getting people in China to talk about menstrual cycles, reportedly “breaking a taboo.”

As reported in the BBC article, menstruation and tampons are considered to be topics that people in China find uncomfortable to discuss, but China’s news agency Sina argued that BBC’s assumption on menstruation being “taboo” in China is untrue, exclaiming that different culture talks about the same topics in different ways.