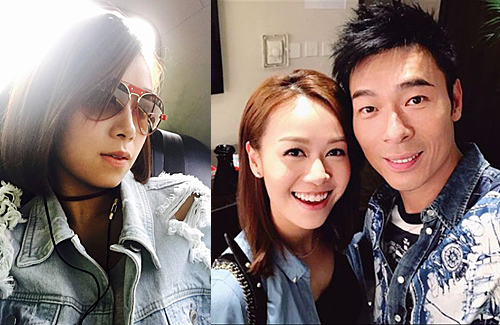 Jacqueline left for Los Angeles, hoping to put behind the outrage over her affair with Andy Hui.

After her affair with Andy Hui (許志安) surfaced, Jacqueline Wong (黃心穎) locked herself at home and was photographed crying desperately. With her jobs all cancelled and relationship with Kenneth Ma (馬國明) on the rocks after she was discovered cheating, Jacqueline apologized on Instagram for her behavior, but the public isn’t ready to forgive yet. The 30-year-old actress was discovered to have left Hong Kong to avoid further public scrutiny.

Accompanied by a friend, Jacqueline was uncomfortable when bombarded by reporters asking: “Are you going to transfer to a flight to Canada to visit your family? Are you going to apologize to Kenneth Ma? What is your current status with Kenneth? Are you afraid your career is already over?” Jacqueline ignored all questions and quickly walked away from the paparazzi.

Despite Jacqueline’s silence, it was speculated that she is in Los Angeles to take an acting/ directing class. Before her scandal broke out, Jacqueline had indicated she had three months free and signed up for the class in the United States.

Battered for Her Irresponsible Behavior 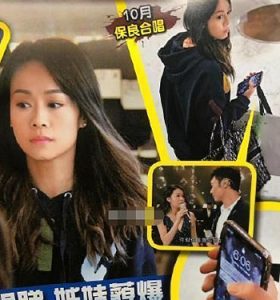 Jacqueline’s intimate kisses and touches with Andy inside a taxi suggested that the pair has been lovers for some time. Before the scandal surfaced, Jacqueline was photographed out shopping holding her cell phone, which featured a wallpaper of herself and Andy. The photo was taken when they sang a duet together for a charity show last October, and Jacqueline had claimed to be a big fan of Andy. It was speculated that Jacqueline and Andy’s sparks took root back then.

Although there were differing speculations as to whether Jacqueline and Kenneth’s relationship is now over, the actor remained tight lipped. Asked about Jacqueline’s departure to Los Angeles, he said, “No comment, thanks for your concern.”

TVB executive Virginia Lok (樂易玲), earlier said that all of Jacqueline’s jobs are currently on hold and confirmed her departure, “We spoke to Jacqueline earlier and wanted her to rest for awhile. She is officially on leave now.”

Jacqueline’s older sister Scarlett Wong (黃心美) updated her Instagram today with a sunshine-filled post and a supportive emoji, seemingly hoping for a new start for the actress. Netizens bombarded Scarlett’s post with anger, “Does Jacqueline’s departure mean the incident is resolved?” and “After your sister behaved so disgustingly, she wrote [a short apology] and just flew away. We can really feel her ‘sincerity.'”

94 comments to Jacqueline Wong Flies to Los Angeles to Study